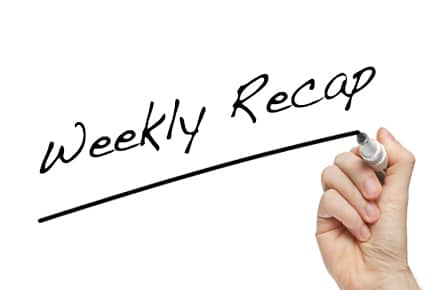 The Week that Was

It’s been a busy week in the wonderful world of digital marketing; let’s recap.

And on the third day Dre said “Let there be memes…”

If you missed the buzz on social media created by Beats by Dre’s meme generator, we will fill you in. The campaign allows users to create a straight out of ‘insert hometown or witty (or not so witty…) joke here’, to promote Straight Outta of Compton, the biopic about the 80’s – 90’s rap group N.W.A (which Dre himself belonged to). The move was highly successful with pictures rolling in across all platforms especially social media mega tool Instagram, which nearly reached 150, 000 pics and still growing when last we checked the hashtag #straightoutta. Our hat goes off to the team behind Beats by Dre, who have really taken this campaign straight ‘outta their offices (we tried…) and broadcasted it to the world.

Compulsive Tinder users: is it time to swipe right to Tinder ads..?

It wasn’t so long ago that sensitive records from infamous infidelity website Ashley Madison, was hacked into by hackers who then threatened to make the material public; now earlier this week, GlobalWorldIndex revealed that 30% of Tinder’s users who claim to be single are, in fact, married. Are we surprised…? The jury’s still out on that one. Since the statistic was released though it has been suggested that placing ads on the dating app could be beneficial for businesses due to their user’s compulsive nature. So with that in mind, is it time your business swiped right to Tinder ads?

Media giant Meredith conducted surveys on 2,600 adult females late last year that revealed that 90% of the women were visiting Facebook at least once a week whilst 77% accessed YouTube at least once every seven days. We already knew that this year was the year of mobile and video content, so does this stat tell us anything new? Well it definitely poses the question, if your businesses’ demographic is adult females and you’re not already utilising these highly beneficial platforms – why? The survey also revealed that 57% checked Instagram once a week, 56% Pinterest, 47% Twitter and just 28% checked Snapchat (interesting…).

So what have we learnt? The internet loves memes, Tinder attracts impulsive users who will buy your products/services, and women love to be online – go forth my children and prosper!

Asia-Pacific’s Economic Future to Be Driven by Digital Deals
Why Google’s Logo Change Makes Sense
6 Amazing Digital Content Creation Tools That Will Save You Hours
Content Marketing Strategy: How to Measure Content Effectiveness
How To: Make Your Content Mobile-Friendly
RETURN TO
LEARNING CENTRE
Why Real-Time Marketing Isn’t Going Anywhere
HE SAID, SHE SAID: THE POWER OF SOCIAL MEDIA IN THE WORD-OF-MOUTH PHASE

GET YOUR FREE REVENUE
GROWTH SESSION
Why Real-Time Marketing Isn’t Going Anywhere
RETURN TO
LEARNING CENTRE
HE SAID, SHE SAID: THE POWER OF SOCIAL MEDIA IN THE WORD-OF-MOUTH PHASE