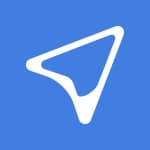 With a reputation as the home of big business, banking and property conglomerates, the people of Hong Kong are known to work hard and play hard. With limited time to socialise over the weekend social media keeps Hongkongers connected despite our crazy work schedules.

Globally, Hong Kong boasts some of the highest social networking and smartphone usage rates in the world with almost 5 million of us connected online. So what’s keeping HK residents glued to our screens and why?

Common platforms
Combining both eastern and western culture, our cosmopolitan metropolis is one of the only places in the world where residents have adopted both North American social networks and Chinese social titans. There’s the big front runners you’ve come to expect, but there’s a few surprising start-ups that are experiencing an unprecedented HK following.

Facebook
Facebook reigns supreme as the most inﬂuential social network in the world. Never ones to miss a trend, there are over 3.5 million Facebook users in HK with the most popular pages in the region being discount brands, matchmaking, celebrities and games. Candy Crush alone has over 450,000 local fans, we knew it was addictive!

YouTube
Standing in as Hong Kong’s second most popular social media site. We just can’t get enough of online video as according to ComScore the average Internet user in HK watches a staggering 147 online videos per month. We’re currently hooked on Apple Action News and Tower of Saviours.

Sina Weibo
Another big player is much-loved Chinese micro-blogging enterprise Sina Weibo, with 600,000+ registered users. Like a virtual town square, we use the site to connect, chat and share our cat photos. Only joking, but the execs did come up with a smart idea to get people to sign up. They invited some of the region’s most talked about celebrities to join the platform and it worked as well over 2 million of us have joined the Weibo pack.

Bubbly
If you like to be the one in the know, tell your friends about Bubbly – it’s like Twitter but for your voice. Working across feature phones and smartphones Bubbly is a fun voice networking app and it’s getting big in Hong Kong. Bubbly now connects over 40 million users globally thanks to their allegiance with telecom carriers.

Instant messenger
Hongkongers spend double the time tapping into our instant messenger than our other Asia-Pacific counterparts. Microsoft MSN Messenger, Skype and WeChat fuel our digital life with brands across FMCG and fashion looking at new ways instant messaging can provide offline revenue channels through the likes of coupons and QR codes.

Blog sites
Blogging is big business in Hong Kong. A survey by Ketchum.com and Blogher.com reported that 52% of Hongkongers felt more influenced by message boards, blogs and social networking than TV. You probably already know about Yahoo! HK, the popular social portal which enables users to create personal blogs, share photos and other activities. Xanga is also well worth a visit. The site hosts web and photo blogs as well as social networking proﬁles.

A powerful tool
With Hong Kong’s desirable social media adoption rates and high spending authority, social media is an influential business tool. For advertisers, social media is a free tool that is incredibly engaging and allows businesses to connect with consumers across the globe in real-time. The media landscape changes so quickly in Asia Pacific meaning marketers have been slow to jump on the Social Media train. If you get it right however, you’ll open up a world of opportunities and evolve your business quickly.

Connect for success in Hong Kong – the social city.