THE 411 ON THE LATEST DIGITAL MARKETING NEWS

Half the effort of keeping up with the latest news in the digital space comes from knowing exactly where to look, and with the abundance of trends smashing their way out onto the net, it’s near impossible keep pace. In the last week, there’s been a few a shifts that has seen industry professional shift their focus, so we’ve collated a few to get you in the know…

The age of the ‘lurker’

Those sitting on their couch, watching a bit of Netflix and chilling out with a glass of wine are probably more likely to spend their time lurking Facebook, but not actually contributing to the action. Where it used to be an ongoing feed of diverse conversation, new statistics are showing that users are becoming less and less obliged to post a status at all. In the third quarter, 34% of users posted a status update, which is a huge drop from the 50% the year before.

Back in 2012, two or so social media accounts was enough to keep us entertained. These days, however, each Facebook user is now prone to using at least four. Too much? We’re not ones to complain.

It’s expected that by the end of this year, 39.5 million people in the U.S. will be adopting wearable devices in their everyday lives. By 2018, that figure will explode to 81.7 million. That’s expected to catch on throughout other countries, such as Hong Kong, so we’ve got our eyes open. 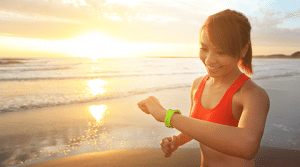 Whilst digital marketing professionals have been rampaging about to get websites mobile-friendly, and ensuring businesses are keeping on top of mobile trends, Wall Street has witnessed a drop of 15% in stocks during the third quarter (according to Digital Capital). That’s one to keep tabs on.

The addiction is real

In a recent study conducted by Invoca, it was found that 58% of Gen Y consumers have admitted to being addicted to devices, such as their smartphone. Okay, we can believe that one.