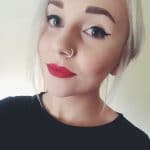 3.196 billion people across the globe are on social media in 2018, which equates to a staggering 42% penetration rate. Meanwhile, almost a quarter (24%) of people use social media to follow brands or businesses, and 64% of consumers are more likely to trust a brand if they interact with consumers in a positive way on social media.

Pretty huge, huh? Social media marketing campaigns play a crucial role in digital marketing strategy, and when used correctly, can achieve some truly incredible outcomes. Just a few of the benefits of social media marketing include increased exposure, a boost in leads and sales, improved customer satisfaction and the potential for major business growth.

One of the best ways of learning is observing what those before us have achieved, and amassing those concepts and ideas to create your own unique, fresh take on them. In this blog, we’ve compiled four extremely successful social media campaigns to give you an example of what you can achieve when you invest some time and creativity into your digital marketing strategy.

At the end of 2016, mammoth holiday rentals brand Airbnb launched their equally enormous ‘We Are Here’ campaign as a way of celebrating the app’s new feature, Trips. Categorised under three branches including Experiences, Places and Homes, Trips was designed with the intention of making travel “easy and magical” by providing event listings and local tours via the app and website.

To drive awareness about the new offering, Airbnb used Facebook Live to share short videos over a 24-hour period across six locations to give viewers a taste of what the new Trips feature would involve. A camera was mounted on the videographer’s helmet, which made viewers feel as though they too were experiencing the location in real-time.

“For the duration of the 24-hour launch period, people could surf in LA, learn about authentic Venezuelan cooking in Miami, take part in performance art in Paris, experience live street dance in Seoul, transform themselves in Tokyo, and save the ocean in Cape Town — all transported via Facebook Live,” shared Airbnb in a statement.

As a result, Airbnb gained over 6.2 million views across the world for the campaign. They claim to have tapped into their target demographic for Trips with views from millennials contributing to over 22% of those who tuned in. Furthermore, engagement and views came from over 13 countries, which assisted in raising awareness about this new, global product.

To raise awareness about the fact that 663 million people around the world live without access to safe drinking water, National Geographic and Stella Artois teamed up to produce a powerful integrated campaign called ‘Buy A Lady A Drink’.

Taking place around the time of World Water Day on March 22, 2017, National Geographic expanded upon the campaign by declaring March World Water Month with the intention of promoting advocacy and sparking conversation about global water shortages.

The campaign had several elements to it. On World Water Day, National Geographic had a heavy social media presence that included Instagram stories and photography posts that contextualised the issue while sharing insightful facts and statistics. They also had an interactive landing page for the duration of the campaign that summarised their goals with infographics, custom content, a quiz and a counter of how many limited edition Stella Artois chalices had been sold. Each chalice sale went towards providing five years of clean water for one person in the developing world, tying in directly with the ‘Buy A Lady A Drink’ element of the campaign. This provided a clear call to action for users visiting the page, who could see that their contribution would make a tangible impact.

Together on the day, National Geographic and Stella Artois launched “Our Dream of Water”, a documentary that provides an insight into the water crisis by chronicling the daily lives of women across Haiti, Peru and Kenya. This premiered on the National Geographic Channel.

At the conclusion of the campaign, the partnership attained more than 200m impressions. More than half of these were from social media. The distribution of eye-opening statistics paired with personal stories from people directly affected by the water crisis and a convincing call to action drove people to contribute. The campaign ended up helping over half a million people gain access to clean water in the developing world.

When it comes to the fitness and wellness industry, January is by far the busiest month of the year and the perfect time to recruit new members as they hit the gym for their New Year’s resolutions. Planet Fitness wanted to attract a new audience to their brand through engaging, entertaining content that was relatable to a broad American demographic.

Their solution? Get a pug involved. Planet Fitness partnered with 2017 Instagrammer of the Year, @itsdougthepug, to produce content around the New Year’s Eve period to set Planet Fitness apart from other fitness brands. With the help of his human, Doug the Pug created timely video content that mirrored user behaviour before, during and after New Year’s Eve. Got too drunk on New Year’s Eve? So did Doug. Decided you need to join a gym? Doug’s with you there. Users were driven to follow Doug’s adorable journey from the couch to the Planet Fitness gym, where they were simultaneously shown the venue’s facilities as Doug tested them out.

For Doug, one of the videos created in partnership with Planet Fitness marked his best-performing branded post of all time, coming in at 4.1m views. Doug the Pug drove 8.04m impressions for Planet Fitness, resulting in a 68% jump in volume of brand mentions on social compared to the same time last year.

The lesson to be learned from this verdict: influencers can be a fantastic addition to your social campaign, especially when they’re a pug.

“Work hard, rest harder” -Doug • Doug really utilizes all of the perks that @PlanetFitness has to offer! Massage chairs, pizza, and cozy towels oh my! #ad

In 2017, the Sour Patch Kids brand partnered with influencer marketing agency WHOSAY and content agency Story Lab to create a branded content campaign targeted at the 18- to 34-year-old demographic.

In their search for the ideal influencer, Sour Patch Kids wanted someone who could provide an authentic endorsement of the brand. They found their match in Ben Simmons, a rising basketball star featured in a Showtime documentary that showed footage of him snacking on Sour Patch Kids between games. Having Ben as the influencer for the campaign created the perfect intersection between the target audience’s passion for basketball and Ben’s authentic support of the brand.

The campaign itself involved a humorous video of Ben shooting hoops alongside some cute VFX Sour Patch Kids, which was then launched on Ben’s social media accounts, including Facebook, Instagram and Twitter. Sour Patch Kids presented the video in multiple aspect ratios, including vertical 4:5 and 9:16 to ensure that it was optimised for mobile where their target market prefers to consume video. The Sour Patch Kids team then used customer data to target the viewers most inclined to engage with the advertisement.

The Sour Patch Kids and Ben Simmons campaign ended up amassing nearly 11m impressions and close to 2m engagements. Ben’s personal following and his ties to NBA contributed heavily to the campaign’s success, with nearly 20% of impressions coming from those followers. Furthermore, over 75% of the comments received on the videos were positive.

We hope this blog has helped to get some great campaign ideas brewing! In the meantime, have a read of How To: Make Your Content Mobile-Friendly and 3 Tips for Perfecting Your Email Marketing Strategy for more handy digital marketing info.

keyboard_arrow_left How To: Make Your Content Mobile-Friendly
5 of the Best Time-Saving Apps and Tools for Digital Marketers keyboard_arrow_right
Back to Blog