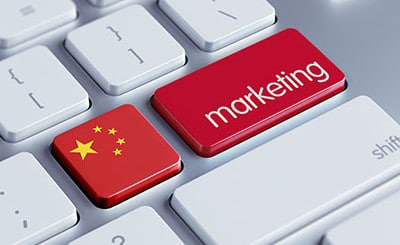 Building Bridges with Marketing in the Mainland

Imagine increasing your brand exposure by a thousandfold. Hong Kong companies who stay on the island are literally letting the ocean limit their campaigns and their ambition. To be a truly successful Hong Kong company, you have to go north. Expanding into mainland China can seem daunting for some smaller enterprises, due to the cultural and language differences, but it is absolutely necessary considering Hong Kong’s small size.

There is a place for traditional marketing tactics, but in a dynamic and growing market such as China, this isn’t one of them. To tap into the PRC zeitgeist and capture its most mobile and cosmopolitan class, you need to get online. Statistically you probably already use your ticket to the mainland: Baidu.

The heart of the internet

The fastest way into Baidu is also the easiest; Baidu Paid Search. Similar to Google AdWords, this is a pay-for-placement service that can intelligently suggest keywords and synonyms based on your business’ products and services. Baidu’s Chinese market penetration is phenomenal – some metrics indicating it approaches 80% of all internet users – so if there was ever an obvious choice in digital marketing, this would be it.

While the market for Baidu SEO is not as big as the market for Google, there are companies and resources available to businesses looking to increase their brand authority and recognition organically. Baidu indexes and ranks pages differently to Google, so many companies from countries more used to Google struggle to get the same level of traction within the PRC.

Two things to consider if you’re looking to hit page one on Baidu: Buy a .cn domain and have fresh copy for the new website written in Simplified Chinese. Baidu heavily favours websites with both attributes, albeit getting a .cn domain can be difficult and can take a long period of time.

Baidu’s main strength can also be considered a drawback of sorts. Its parochial focus means non-Simplified Chinese users are disadvantaged when attempting to enter the system and it hits a singular and discrete – though enormous – demographic. You’ll struggle to reach linguistic groups outside of the majority, but with more than 70 per cent of the country using Simplified Chinese as a first language, a super-majority of the country is already open to you.

Get your message out

While Sina Weibo may be losing its cool, hip image in the same way Facebook is in the West, the sheer number of users it attracts daily means it’s potentially a highly profitable way to advertise your services on the mainland. While Weibo does offer two very familiar forms of advertising – cost per thousand impressions and a bidding system similar to AdWords for interactions with the ad – clever companies are going to what are known as Key Opinion Leaders.

A KOL is someone with thousands, even millions of followers. Interacting with them and getting them to endorse or speak about your product can often be a much more efficient way to get your name out there than Weibo’s paid services. Many digital advertising agencies have KOLs on retainer or payroll, so contact several in your area that can help you migrate your message to the mainland.

Link Building 101 (Link Building for Beginners Guide)
Building Digital China: L’Oréal Partners with Tencent at Cannes
Link Building: 5 Reasons Why It’s Integral to Digital Success
Brand Building Strategy: How to Place Your Customers at the Centre
White Hat Link Building Techniques That Can Help You Rank
RETURN TO
LEARNING CENTRE
Still Not Taking Advantage of Instagram? When Will You Learn?
Beyond the Keyword: Creative Ways to Engage in SEO

GET YOUR FREE REVENUE
GROWTH SESSION
Still Not Taking Advantage of Instagram? When Will You Learn?
RETURN TO
LEARNING CENTRE
Beyond the Keyword: Creative Ways to Engage in SEO

Get your free Marketing growth strategy session and skyrocket your revenue!